What of Witch Zelma?  According to legend, in the late 1700s, she barely escaped being prosecuted for witchcraft.  Fleeing for her life from the townspeople of Splendor, she ran frantically up the deer trails of Marble Mountain where she lived out her life practicing magic by taunting a blue marble with whimsical dancing blue colors in the night sky until her natural death.  Was she magical? Or was the blue marble magical?

No one ever found the marble, until one day on a picnic, Holden saw a blue glow from the red dirt on top of Marble Mountain.  As he uncovered the partially covered blue marble, he at first thought it was a practical joke.   But then his world started changing in magical ways.

Follow Holden’s adventure in this mysterious tale as the magical blue marble changes his life and how wishing for good things made good things happen. 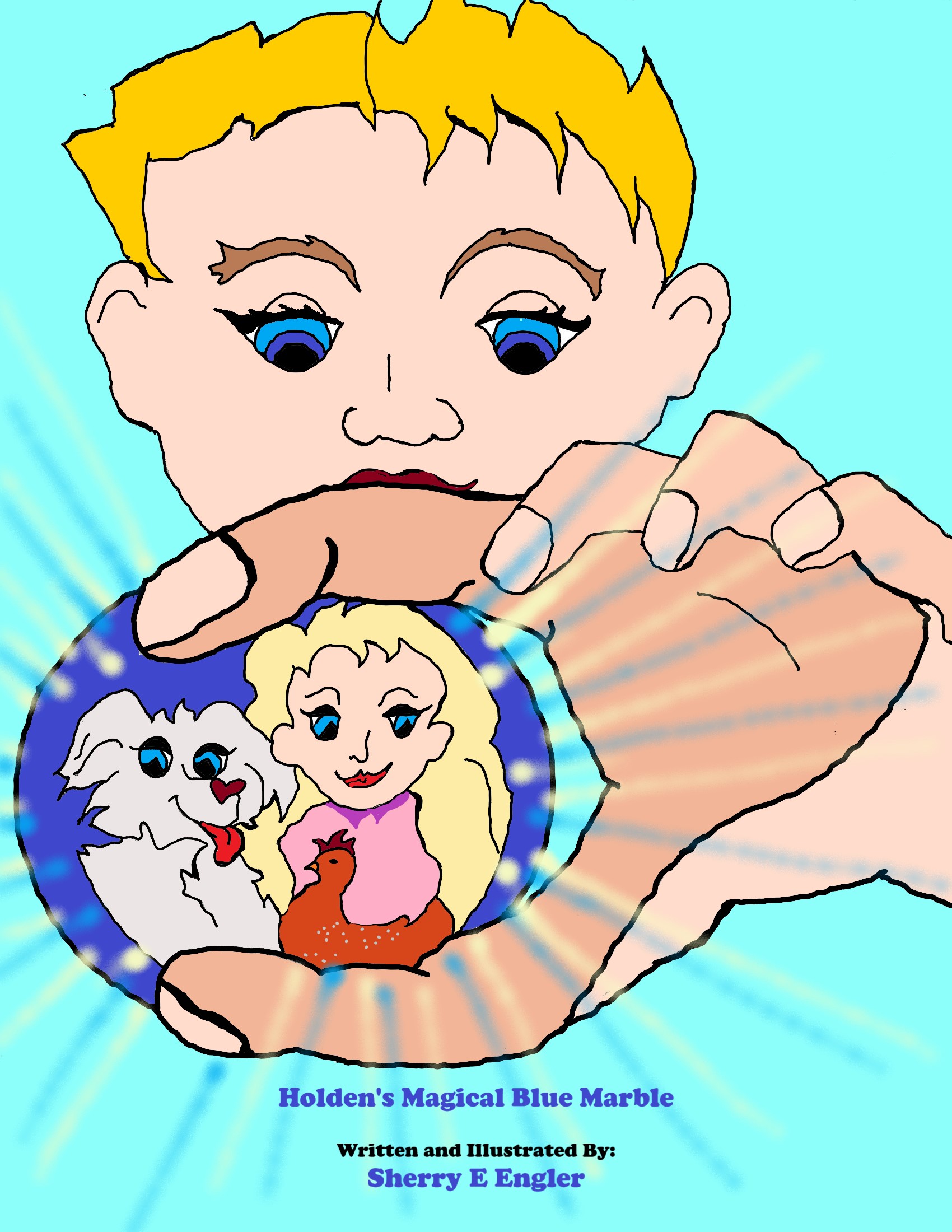 These prices already include a personalized copy, taxes, shipping & handling.